When we use the term “offshore”, we are referring to gulfstream fishing, which usually is found in depths of 400 feet and greater. In Islamorada this means that you are typically at least 12 miles from shore, which puts you out of sight of land.

There are a variety of species as well as tactics found in this particular fishery. The most common fish being pursued are dolphin(mahi-mahi), wahoo, blackfin and skipjack tuna, as well as amberjack. However, there are billfish lurking in these waters such as sailfish, blue marlin, white marlin, and spearfish. These species are less common, however, there is a chance for lucky fisherman to hook into these elusive and exciting fish. We also have a variety of sharks found in these deeper waters, the most common being tiger and mako sharks.

There are also a variety of tactics we use to pursue certain species as well as a variety of tactics for even a single species, especially mahi-mahi. We also use a variety of bait when fishing offshore. This includes fresh cut bait, live bait, and a combination of natural and artificial baits. When fishing for dolphin you look for weed lines & floating debris such as wood, cargo nets, plastic, & anything else noticable on the surface. We also watch for birds that are flying along with schools of mahi hoping to snatch a flying fish fleeing the ocean in an attempt to evade the hungry mahi. When these things are not present it is useful to put out lures and rigged ballyhoo and troll around areas that commonly hold mahi such as broken bottom or offshore humps (underwater mountains). These particular areas hold dolphin as well as other species such as billfish and tuna. This is due to the concentration of bait fish that live in these areas because of the upwellings (ocean currents running from the bottom to the surface) that trap plankton, which these bait fish feed on.

Offshore fishing is at its peak during the warmer months, ranging from April through August, but mahi, along with other offshore species, are commonly found in the waters off Islamorada through October.

Are you a Fly Fisherman?

Find us at the Bass Pro Shops®
World Wide Sportsman 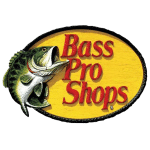